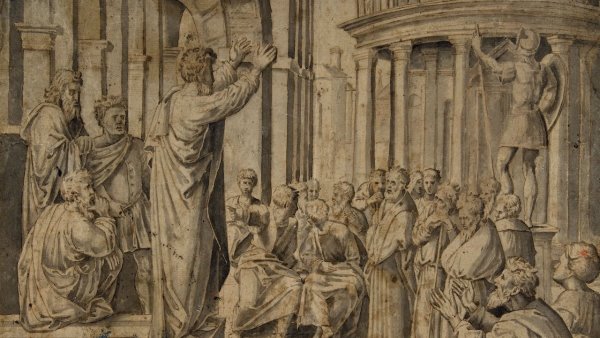 In the beginning Apostle Paul was freely preaching in the Ephesian synagogues. Later the Jewish leaders of Ephesus were not fond of him anymore and forced him out of their temples. (Acts 19:9–10)

Paul had to find another physical location to give his sermons after being banished out of Ephesian synagogues. The best option Apostle Paul could find was the hall of Tyrannus in Ephesus.

Apostle Paul could teach in the hall of Tyrannus in the evening hours. We are not sure did he rent the hall or given access. It is probable that Paul rented the hall since he chose the hottest time which were probably the cheapest time to rent the hall. Also, we doubt that Tyrannus was the owner of the hall or the philosopher who was associated with the building.

We don’t know the exact location of the hall of Tyrannus, but we can suggest it might have been somewhere around the commercial Agora or nearby the Gymnasium of Ephesus.