Grave of Saint Luke in Ephesus is nearby the parking lot of the upper entrance of Ephesus ancient city. Unfortunately this monument is skipped by many tour groups since it is not located in the main walking route through Ephesus today. 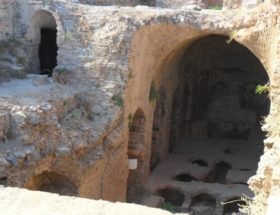